How much are undiscussables costing you? 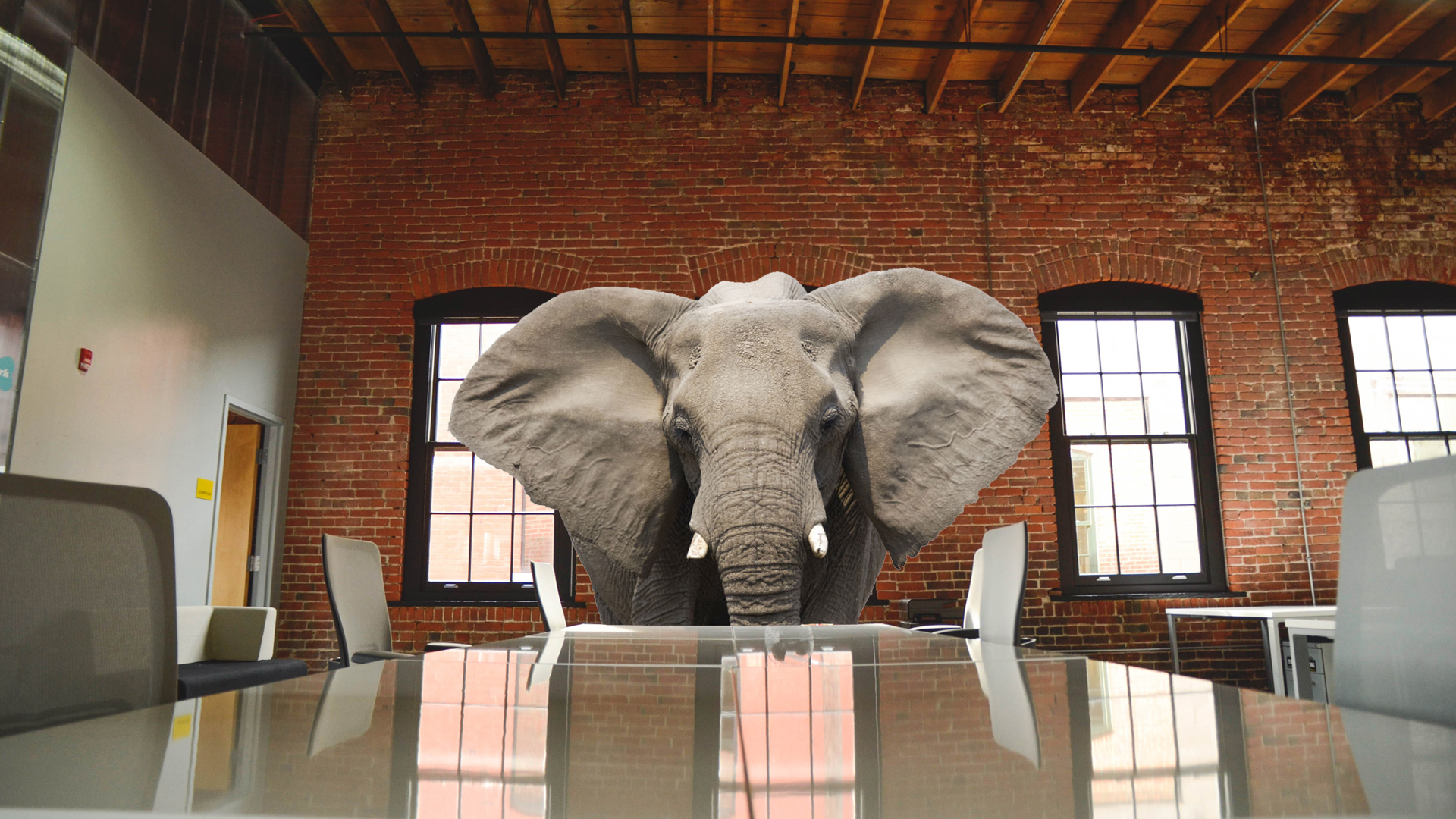 Take a few moments to think about a situation, relationship, or business problem that feels complicated or “stuck”. This probably is one that you can’t really imagine yourself discussing in a calm, productive way.

If experience teaches me anything, your problem is rather typical. After all, we humans have pretty common experiences. As much as we often think our problems are unique, they tend to fit one of the following categories:

- A boss who doesn’t appreciate your ideas, talents, or abilities

- A friend or family member whose behavior you deem inappropriate

When asked what I do for a living, I often say my job, as a leadership coach, is to help people discuss undiscussables. In other words, I help them figure out how to have productive conversations about issues like the one that you identified above.

The most common response I get at the mention of undiscussables is an uncomfortable nod or groan followed by a quick subject change. Some people even walk away. I’ve learned to see this response as evidence that we all carry around a backpack filled with things we really don’t want to talk about…with anyone…ever. After all, talking couldn’t possibly lead to a favorable outcome – and likely would only make things worse. Right?

This belief can be so pervasive that I often need to show clients why they’d want to have these conversations at all. Isn’t avoidance the safer and easier path to follow? Isn’t there a perfectly sound reason people say it’s better to “let sleeping dogs lie”?

Unfortunately, what happens when we don’t talk about minor infractions, small upsets, and relationship fender benders isn’t “nothing”. The undiscussables that we wish would go away…they just don’t. Single incidents may seem insignificant. When not addressed, however, they accumulate. In these cases, molehills often do become mountains. As our emotional discomfort around these matters intensifies, our determination to avoid them grows too.

So what are we to do when faced with a tough situation that doesn’t offer a simple solution?

It’s my belief that we must commit to discuss undiscussables. Not doing so carries too high a price, whether or not we recognize it. Costs include unproductive conflict in teams, turnover of our best employees, quality problems, diminished productivity – and sleepless nights. In our personal lives, we suffer the emotional distress that results from strained relationships with loved ones and avoidance of once-close friends. In short, not addressing these looming elephants in the room flies in the face of a person’s self interest.

Rather than devote the remainder of this space to writing what I think you should do, I’d like to share stories of what I have done. My hope is to demonstrate that discussing undiscussables is possible and easier than you might think. Better still, it nearly always generates a positive return on investment.

In the remainder of this post, I’ll describe a conversation that I had with a colleague at a time when it would have been simpler to conclude that I’d already tried everything and doing more wasn’t worth the effort.

In future installments, I’ll write about:

- The time when a coaching client realized he can give tough feedback in a way that gets better results and strengthens employees’ commitment to him as their leader.

- A conversation that I had with my dad after 25 years of fundamentally misunderstanding one another.

- Perhaps the greatest undiscussable of all: deciding who I want to be in the world.

Not connecting with a new colleague. Nearly 20 years ago, I was hired to work with a team of bright, talented organizational development professionals. The team used a consensus decision-making process for hiring. One implication of the team’s process is that I might have been the second or third choice of some people. After some amount of conversation, however, each person on the team agreed to support me as though I were the top choice. And so they offered the job to me. (Though they’d made this decision together, it in no way guaranteed that I’d click with everyone on the team.)

From the beginning, I struggled with one team member in particular. I tried demonstrating my knowledge and competence – to no avail. I tried asking questions and seeking her input – to no avail. I tried to just “give it time” – to no avail. Just as I was ready to give up, it occurred to me that I had not tried the direct approach. So, I invited this colleague to coffee one morning. As we sat down, I thought about keeping the conversation superficial. It would be emotionally safer for both of us, I knew. I also knew that I would be sure to walk away feeling dissatisfied.

Ten minutes into our coffee and light conversation, I decided to go for it. I described to her my hope that we could work well together and appreciate one another and the various tactics that I’d tried. She expressed a similar desire to work in a more collegial fashion and apologized for having “missed” my attempts to connect. Then she confessed to not being particularly skilled at detecting the subtler approaches that I’d tried. She said my direct approach is what got her attention – and most likely is what I’d need to use in future if I wanted to reach her. I agreed to her request, and so we began building a professional relationship that remains solid nearly 20 years later.

“Jenna” and I have told the story of this conversation on several occasions, including last year when we were co-facilitating a leadership retreat. I believe the story endures because of the tremendous value we derived from that conversation for relationship. And it gives me pause to consider the opportunity cost had we not discussed the undiscussable back in 2001!

So what about your undiscussables? I often point clients to the skills in Crucial Conversations by Grenny, et al when they’re looking for guidance on how to address an undiscussable; particularly helpful is the material related to “Start with Heart” and “Tell the Rest of the Story”. If you’d like help working through some of your most costly undiscussables, you can reach me at mckraft@me.com or 303-598-3470.

Why Saying "No" Matters

Are Your Meetings Cost Effective?